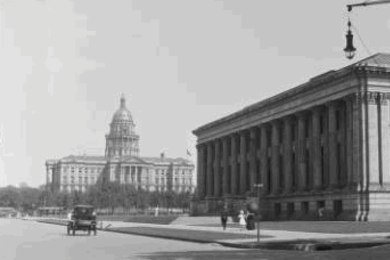 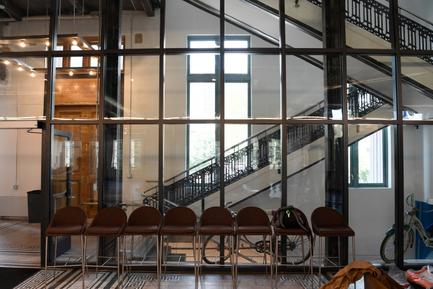 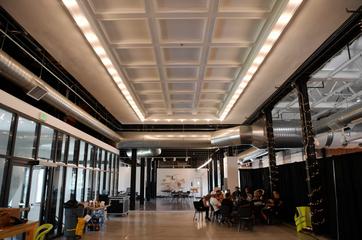 Before our host was introduced, President Mike Pearl talked about the upcoming seminar on February 20, 2017 and the Brewery/Distillery FAM in March.  Director at Large, Larry Foos, gave us information on the March program which will be at the Buffalo Bill Museum and Grave.

Larry Foos then introduced our host, Tim Taylor, whose title is Venue Administrator McNichols Building.  The City of Denver owns and operates the McNichols Building, the Denver Center for the Performing Arts (DCPA), the Colorado Convention Center, the Coliseum, and Red Rocks – all of which Tim’s team operates.  His team also oversees The Denver Public Art Program, SCFD Tier III granting process, Create Denver economic development initiative, Arts Education Fund, Youth One Book, One Denver literacy program and entertainment and cultural events such as the Five Points Jazz Festival and implementation of IMAGINE 2020: Denver’s Cultural Plan.  Tim is also working on a Master List of all the public art in Denver which will soon be available online.  So you can see that Tim has a very important and busy job.

The McNichols Building was originally a Carnegie Library.

It was the first library; the building was donated by Andrew

Carnegie, iron and steel magnate in the late 1890s and

early 1900s.  Carnegie gave the library, however, it had

to be constructed of materials that he sold.  The building

sits on the edge of Civic Center Park which was proposed

this area to make space for a park.  The displaced residents

then voted Speer out of office.  The Park was dedicated in

1913 and there was no curve in Colfax Avenue then.

The Carnegie Library was started in 1906 and completed in 1910 and dedicated in 1912.  The original cost was $200,000.  Originally there was a skylight (now covered over) that shed light on seven tiers of books.  When you wished to borrow a book, you wrote down the information, presented it to the check-out desk where it was passed on to a “runner” (generally boys) who went into the stacks to get your book.  Then you signed it out at the desk.  Patrons were not permitted to go into the stacks to get their own books.

The Center was a library until 1955 and later housed the City Treasury.  The Water Board came in in 1954. The building sat empty for six years and several possibilities were suggested for redevelopment.  The Master Plan was redone in 2010.  Most recently the building has been repurposed as a cultural art center and event center.  The most recent renovation cost $5.5 million – provided through Arts & Venues funds (C tax).

open onto a balcony that can be accessed easily.  The current

entry on the first floor has ramps that allow for ADA accessibility.

Each floor has restrooms, all of which have been updated with

service elevator is new – all equipment is stored in the basement.

A 9’x9’ square foundation was needed to accommodate this

iron handrail and stairs to the second and first floors.  There is

the City and County Building across the street.

The third floor artwork is part of Walker Fine Art and currently showcases 12 artists, prices are often in the $2,000 - $4,000 range.  The second floor currently has a refugee exhibit which will be in place until April 2017.  There will be a Buffalo Bill Exhibit on the second floor later in the spring.  The first floor is carpeted and has a Veterans event on display.  The first floor has several modern tables and banquettes.  The upper two floors have tile floors – much of which is original tile.  Tim has buckets of the original tiny tiles and offered the opportunity for us to go through the buckets and find tiles to complete some of the patterns on the second and third floors.  The second and third floors do not have installed seating similar to the banquettes on the first floor.

Naming rights – a $2.5 million grant was applied for from the Boettcher Foundation.

The Center does offer tours and does give coach tours – contact Tim for additional information and details.